May 12th "Night For The Museum with Mr. Webster Nation"

All…..A Board….The L & A Railroad with Mr. Webster Nation for a Special “Night For The Museum”
The May 12th, 2008 “Night for the Museum” will hold a special place in many hearts, especially those that have rail dust mixed with their blood. Dorcheat Museum’s director; Schelley Brown, announces another special historic venue event. Monday, May 12th, 2008, Mr. Webster Nation another one of Minden’s longtime 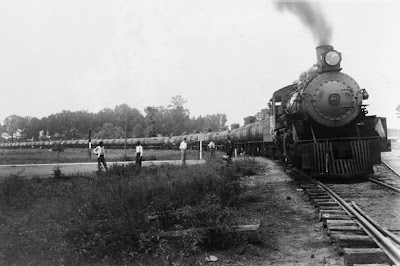 citizen’s will be the guest speaker at The Dorcheat Historical Association’s “Night for the Museum”. Don’t miss this exciting and entertaining night of hearing our parish history. This informative night dealing with Webster parish railroading history during the 1940’s era should be another huge success. It has been said about Mr. Nation, “When he talks of "railroading" his voice becomes animated, and then you understand the phrase - "romance of the rails". For 42 years he was the engineer on some of the most prestigious passenger trains, as well as engineer on many freight trains. Webster Nation should have finished high school in 1939, but he stayed over to play football the autumn of 1939, and graduated in January, 1940. He began his career with the L & A Railroad in 1941 and continued until his retirement in 1983. Ms. Brown exclaimed, “I am so excited about this event because the L & A Railroad was so important to our area and so 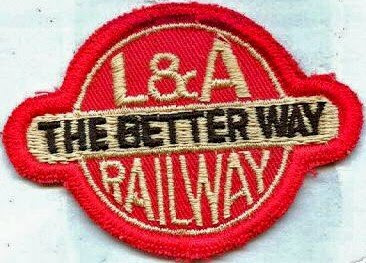 many families in Minden were railroad families. I think everyone will enjoy hearing the wonderful stories that Mr. Nation has to tell!”
The last two months performances by Mr. Frank Griffith and Marcus Wren were both held to packed houses. These types of events are something the museum wants to offer on a regular basis as entertainment and a living history lesson. These type events will eventually be held in the museum, when the area to be known as the “Children’s Learning Center” is completed. Museum coordinators are again expecting a large turnout, so you may want to bring your lawn chairs again just in case of a shortage of seating!
Mr. Nation will be speaking at Christopher’s located at 615 Main Street in Minden, Louisiana. Refreshments will be provided by Charlotte Martin and sponsored by Ty Pendergrass of Argent Financial. Refreshments will be served at 6:00 P.M. and an opening welcome from Mr. Thad Andress; President of the Dorcheat Historical Association & Museum, Inc. Program will begin at 6:30 with a special gift basket to be given away to a lucky attendee at the end of the evening!
Museum director Schelley Brown stated, “With the help of Phil Demaline, these speaking engagements are being recorded so that we will have a digital record for the museum of all our local history. Our last two DVD’s featuring Mr. Griffith and Mr. Wren are still available for $10. Sound system will again be provided by Durwood Blake allowing everyone the opportunity to not miss a single word. A tour of the museum will be available to everyone following the program. This will give everyone the chance to see the progress that has been taking place in the museum and to be able to hear about the new additions that are in the works. The Museum is changing daily as our opening approaches. It is so far beyond what people expect. It is so impressive and is going to be a huge asset to Webster Parish.”
Don’t miss your chance at hearing some exciting stories of Minden’s past from someone that remembers many important events and people that changed our community and are forever markers in time for Minden. Admission is free of charge and everyone is welcome. For more information on “A Night for the Museum with Mr. Webster Nation” please contact Schelley Brown at 318-423-0192. Reservations not required first come first serve seating.
Posted by Schelley Brown Francis at 7:51 AM 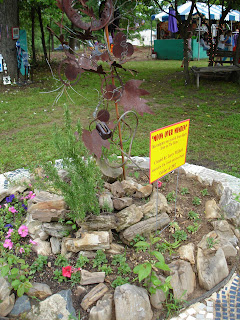 Dorcheat Historical Association Museum wants to remind everyone, “Don’t Forget Mother’s Day is May 11th! The museum has the perfect gift and will have a booth set up at the 2008 Spring Art’s Festival. So be sure to pick up your copy of “Taste of Yesterday” cookbook “Recipes from our Past and Present” for that special mother in your life.
“The Spring Art’s Festival is the perfect place to promote the new museum that will be opening this summer” announced museum director, Schelley Brown. The annual art festival held at “The Farm” on Union Street is all about children and being creative. With the help of local artist Larry Milford, the museum is also going to be a work of art as well as telling our parish history. The new museum plans to have many children and adult programs, in the future to teach everyone the importance of our heritage. “Art and history are important in our children’s lives and now our parish will have both very soon!” exclaimed Ms. Brown. “I am very excited in our progress this year and look forward to intro 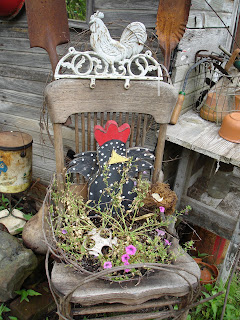 ducing history in unique and fun ways to our visitors.”
“The March and April “Night for The Museum” talks have been very successful and everyone is looking forward to more of these. The May 12th “Night for the Museum” will have a special railroad theme to be announced soon. If you have missed any of these events all are available on DVD for $10 and will also be on sale at this year’s festival.” stated Brown. Ms. Brown wants to encourage everyone to stop by the Dorcheat Historical Association Museum booth to see pictures and get information about the soon to open facility located at 116 Pearl Street. For more information about the Dorcheat Historical Association Museum, Inc. please visit http://www.museuminminden.blogspot.com/ 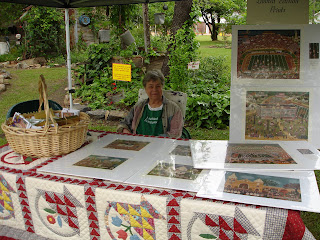 Another Large Turnout For "A Night For The Museum With Marcus Wren II"!

April is Confederate History month; in remembrance of t 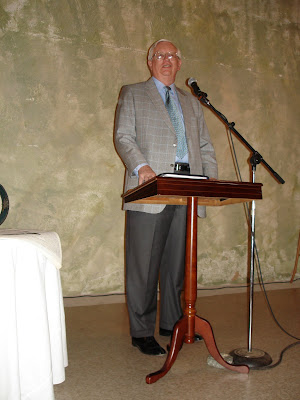 his time in history Monday night at Christopher’s on Main Street was the place to be! Nearly 200 people from as far away as Kansas turned out to hear Mr. Marcus Wren’s narration of events that took place during the “War Between The States Era of Minden”. The evening began with a greeting from Dorcheat Historical Association President Mr. Thad Andress. This was followed by a short opening speech from Dorcheat Museum director Schelley Brown. Ms. Brown stated, “That all wars are controversial but the need to remember those wars as a part of history so that the same mistakes are not made again is a museum’s obligation. The Minden Blues played an important part in Minden’s history and we don’t want that history or any other to be forgotten.”
Mr. Marcus Wren II has been a longtime businessman in our area and a thirty year member and supporter of the Dorcheat Historical Associ 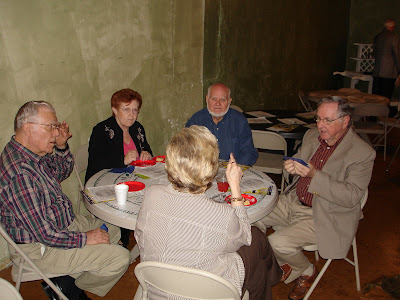 ation & Museum. Mr. Wren spoke of his grandfather a civil war veteran! Mr. Wren’s grandfather was George Lovic Pierce Wren (1836-1901) of the Minden Blues. During the War G.L.P. Wren fought with the Army of Northern Virginia in most of the important battles of the war, including Bull Run and Gettysburg. Twice captured, he spent time in the Union Prison Camp at Fort Delaware. After the war taught school in the Pine Grove area of Webster parish and would later become a Louisiana State Legislator and Senator. Mr. Wren concluded his talk wit 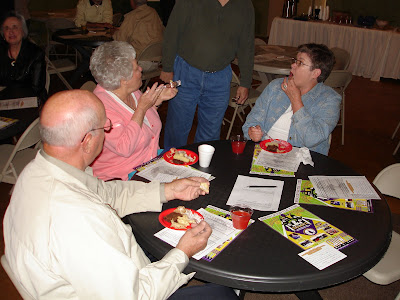 h the legend of how the familiar tune of TAPS came to be. This story was followed by the sounds of the TAPS played by Mickey Love on trumpet.
Museum board members were pleased, that so many attended this 2nd of many such events that they have planned for the future. Future events were discussed with the subjects to include a 1950’s themed event; black history in Webster Parish, Coca-Cola Company highlight, early baseball in our area, and North Webster Parish history are just some of what is in the works for the coming year.
Following Mr. Wren’s program, Ms. Brown drew a name for a large gift basket that was donated by local merchants and friends of th 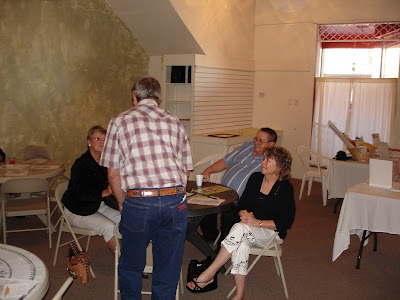 e Dorcheat Historical Association Museum. The winner was Mr. Rod Gann of Minden. After the drawing everyone was invited to please take a tour to see the new Dorcheat Historical Association and Museum, Inc.’s progress. Large groups were shown the progress that has taken place in the museum since November. The new exhibit cases that are currently being painted are very impressive and will be filled with items related to the Civil War, Reconstruction, Historic Homes, Hunters & Coca-Cola, 1933 Disasters, Sports, Education, Churches, Industry and Business leaders just to name a few. This museum will follow a time line from the Indian era to 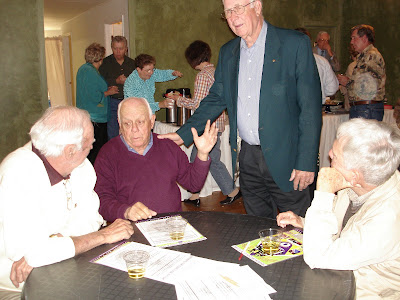 present day with help from Webster Parish historian John Agan.
Many locals were able to meet the visionary artist behind the museum; Mr. Larry Milford. Larry was on hand after the speaking program to show people the work that has been done and tell of his plans for the future. Dorcheat Historical Association President Mr. Thad Andress emphasized the fact that this project cost and will cost a lot of money and that without everyone contributing in one way or another that this project would not be possible. Pledge cards and volunteer sheets were h 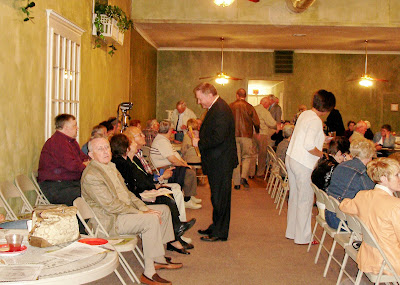 anded out and everyone was encouraged to take part and have a part in “their” museum. “This is everyone’s museum and it will take everyone to make it happen!” is the message museum board members want to convey to everyone.
If you missed hearing Mr. Wren a benefit DVD of the night is available for $10. For more information on the museum please visit the new blog site at 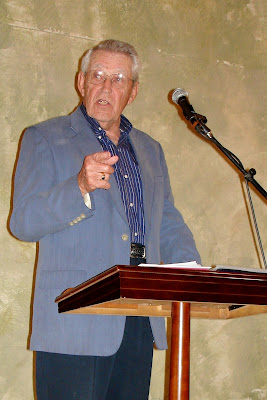 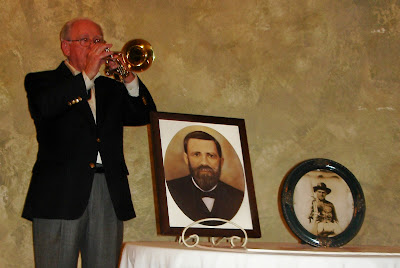 For more information on “A Night for the Museum with Mr. Marcus Wren II” please contact Schelley Brown at 318-423-0192.
Posted by Schelley Brown Francis at 6:42 AM