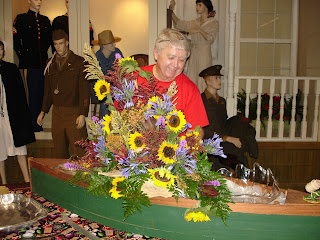 , the hosted its third fundraising event since the 2008 opening of the parish museum.  “This fundraiser was a huge success, raising well over $25,000.” Becky Marvin & Janice Mourad, board members and gala event organizers reported.  With over 150 guests in attendance, the museum was filled with anticipation of the night’s activities which included a silent auction, music by Pat Gladney and a first time viewing of artist; Larry Milford’s work on the new military exhibits located in the Media/Learning Center & Theater room.
“I think people were thrilled with the variety of silent auction items and the great variety of foods.  We are so fortunate to have the support of so many people from far and wide.  This year we had people sending auction items from a three state region.  We are pleased with our progress and we know we couldn’t do any of it without so many generous friends and supporters of the museum.” stated Schelley Brown Francis.
B & B stays, paintings, large garden pottery arrangement, iron artwork, photography gift certificates and catering services were just a few of the over 100 items to pick from.  The silent auction was a big hit with the crowd bringing in over $21,000 for the evening on the auction alone!  “The members of the museum board would like to thank all of the local merchants for their generosity in helping us put all of this together.” Francis said.
The item that had everyone’s attention was an original painting by folk artist, Cora Lou Robinson.  Last year Robinson’s painting of a birthday party at the Minden Community house was the number one item for the event.  The 2011 painting depicted the 1941 Military Maneuvers that came thru .
Robinson’s vivid memory of this event was captured on canvas for all to admire.  Mrs. Robinson stated, “It was wonderful to be a child in the 1940s, especially in .  Even though a world war was going on, we all felt safe here.  Nothing today can compare to the life we had.  We created our own entertainment, and though we had no TVs, Wiis, or I-pods, no one could ever have had a better time than we did.  I was six years old when the troops of the Louisiana War Games, or maneuvers, came through .  A convoy more than 50 miles long went through on Highway 80, passing through downtown.  I was watching the soldiers throw addresses to girls along the parade route and I couldn't imagine why they didn't throw me one.  I will never forget that day and how proud everyone was of our soldiers and how patriotic all Americans were.  I am so PROUD TO BE AN AMERICAN!” Once again Mrs. Robinson’s painting was the top fundraising item for the evening.  The high bidder, Ann Harlan, is now the proud owner of this Cora Lou original.  Harlan is a longtime collector of Robinson’s art and was thrilled to be the high bidder for the evening.
Many first time guests were amazed at the quality and beauty of the now three year old museum.  “You really have something to be proud of!” a guest said.  The museum is really a showplace for our area and has received quite a bit of notice from the area on local TV stations, magazines and newspapers.  This past summer over 400 people passed through the doors of the museum for private tours during the Summer Pioneer Program.  With the Media/Theater room opened, it gives the museum an extra advantage of being able to offer this facility to others.  “We can now rent this part of the museum out for meetings, reunions and parties, plus we have the added benefit of the theater system for Power Point or video presentations.” commented Francis.  For more information on the call 318-377-3002 or visit at .  To sign up for updates visit the website at www.museuminminden.blogspot.com you can also find us on Facebook. 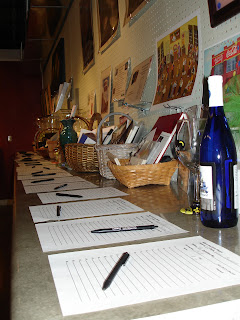 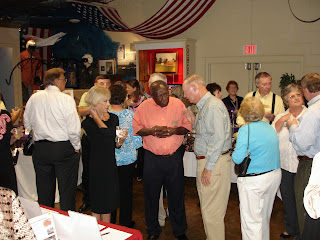 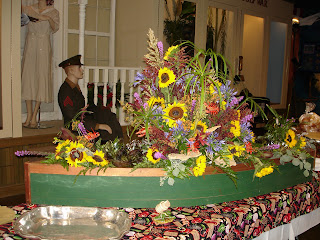