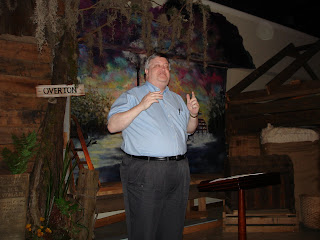 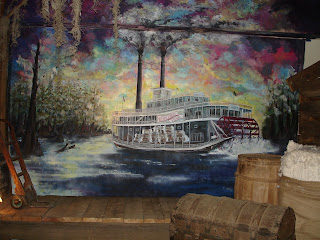 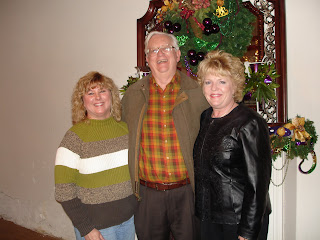 I want to reiterate some thoughts I had about the need for a local museum seven years ago.

The only thing new in the world is the history you don't know. - Harry S. Truman

Those who cannot remember the past are condemned to repeat it. - George Santayana

There can be no doubt that the residents of Minden are a people with a history. Settled more than 160 years ago, we have a great history. Many of our cultural and educational institutions were created and thriving, long before our neighbor to the west, Shreveport. More significant than that was the work ethic and the lifestyle brought to this area by the hardy pioneer settlers of our region. Many came across Georgia, Alabama, and Mississippi after the Great Indian Removal of President Andrew Jackson. Still others came as immigrants from foreign lands. All of these people were seeking the chance to create new lives and mold a culture and tradition that would survive and serve their descendants well. Based on that evidence, it can be said Minden is not like the wind-blown grass of the Native American proverb.

Do we know our history? Have we met the standard President Truman set for understanding the changes in society? How can we properly deal with the changes in our community and area, if we are ignorant of how similar changes effected life in our past? Unfortunately, we have fallen short in this area. Who do we blame? Our teachers? History teachers are charged with covering the entire history of the world, or our nation, or our state, in a single academic year. Time for teaching about our local heritage is severely limited. Even if the time were available, where could the teacher turn for information on "how it really was" in Minden's past? As Walt Kelly's comic strip character Pogo declared: "We have met the enemy and he is us." As citizens of Minden, we have no one to blame but ourselves. We have allowed so much of our history and its valuable lessons to be lost or forgotten, we risk losing the important base that history forms for a community and a society.

If we were to lose our heritage, then we would become the people described by Santayana, condemned to repeat the past. What are some of our major issues today? Growth and development of our town is one that comes to mind. Could we not learn from examining how this problem was handled in the past? Would it not be helpful to examine what actions were taken when our population doubled between 1840 and 1850? Aren't the lessons learned when one of the world's largest lumber mills came to our community in 1900 or when a major railroad relocated its headquarters here in the 1920s? How about the valuable lessons learned when we promoted our community and obtained an ordnance plant sought by so many communities in 1941? It seems these lessons of the past could be valuable to our town today.

Let's assume we want to examine the lessons of our past; where can we go? The library, yes the Webster Parish Library is an excellent source of our history or heritage. However, the library has to serve many other purposes and has for years been filling the gap in preserving the past, stretching their limited resources, even though that is not their primary purpose.

Is there a solution? Let me turn to history and give you some advice from some civic leaders of our past. ". . . it is quite apparent to thoughtful men and women for it requires no stretch of the imagination to understand that many of those old relics, heirlooms, and implements of the old pioneers now scattered all over North Louisiana, will very soon be lost to the present generation and posterity if some measures are not adopted for their preservation and care. Are they worthwhile? May they not be of interest to the present generation and to oncoming posterity in the passing of time in the studies of the habits, customs, traditions, and other methods of life of the patriots?" These words were written by Dr. Luther Longino in 1947. Dr. Longino was then 90 years old, and had lived most of those pioneer days he was recalling. He was beginning an attempt to create a place to preserve our past, unfortunately time caught up with Dr. Longino, and when he died at 91, his plans and dreams died with him.

"Too much has been lost already, if we don't act now, then it won't be done . . . people who say that they are not interested in the historical effort because they are not from this area do not have a valid objection. Their children are from here, and this whole thing is being done for our children. If you have no awareness of the past of an area, it will be hard to understand the present and future of it. A child needs to come to terms with his past so that he will not think that he 'just growed.'" These words come from a more recent time. They were spoken by the late Beth Drew White, President of the Dorcheat Historical Association in 1974, as the group began its drive to create a local museum. She and other citizens, many still working hard for our community today, fought to realize the dream of a museum. That effort was stymied by a disastrous fire, and once again the chance to preserve our heritage faded away.

Today, in 2007, the Dorcheat Historical Association under the leadership of President Thad Andress is prepared to finally remedy the absence of a local museum. The Association is beginning a serious fund drive to turn our building we own on Pearl Street into a museum that will not only preserve our heritage, but also be something the community can be proud of and show-off to all visitors. Local artist Larry Milford has designed plans that will make the Dorcheat Historical Association Museum the envy of all small town museums in the South. You can get a glimpse of the future by driving by the museum at 116 Pearl Street to see the renovations that have already taken place on the façade of the museum.

During the past few years the Dorcheat Association has collected many items of local history, unfortunately, since the move from the Crichton Hardware Building to the new building the Association owns, these items have been stored and not visible to the public. However, in the future these physical remembrances of our past will once again be visible to the public, but in a new home and in a setting that places these items in context and allows them to tell their, and our, story. The story will begin, with Dorcheat Bayou, the namesake of the organization and the stream that brought European settlement to our area and today ties our parish together. It will trace the story of local life from those years when European and Native Americans first met, on through the many trials and tribulations, along with the good times that make up local history. As you progress through the museum you will move forward through time and see how our communities evolved.

I want to make sure it is clear to everyone that this museum is for “all of us.” It will chronicle as much as possible the entire historic experience of Minden. You will find the story of your heritage there if you are a member of the “first families” living in an antebellum mansion, or you are a descendant of the railroad families who came here in the 1920s (like me.) The story will include the record of the African American families and their fight to move from slavery, through the Civil Rights struggles of the 19th and 20th Century. It will include the unique contributions made by local residents in areas such as sports, music, industry and education. In short, for those of you who find Minden and Webster Parish a wonderful place to live, the museum will provide a picture of all those things that make this that place you love.

Are we to become a people aware of our past and using this awareness to shape our future as Santayana suggested? Or will we become like the buffalo grass of the Sioux proverb and see our heritage scattered to the wind. The choice is up to us, and the time to make that choice is now. You will be reading about the plans of the Association in the Press-Herald and will probably be hearing about opportunities to take part in this project by contributing. I hope all of you will seriously consider taking steps to help preserve our heritage for future generations.

This project will be financed through pledges, private donations and grants. We project that the operating budget will be in the neighborhood of $60,000 a year. Your partnership is vital during this exciting time in the life of the museum. Your membership, contributions and pledges are important not only to complete this project but also to maintain the day-to-day operation of the museum.
Posted by Schelley Brown Francis at 8:35 AM