Big Crowd For An Emotional Evening For Dorcheat Museum

An Emotion Filled Night For The Museum 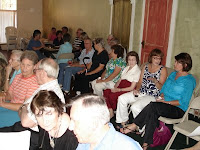 On Monday, July 13th, 2009, Dr. William Wilkins was the seventh guest speaker for the 2009 season. Wilkins, known to many as Billy, spoke to a crowded room of history seekers at Christopher’s on Main.
Dr. Wilkins started the evening off with an emotional introduction of what he would be speaking about. His tearful memory of his mother on the day she lost her life in the tornado of 1933 was a very moving moment for everyone in the room. Wilkins also had many happy memories of 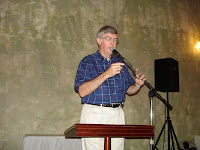 his boyhood spent in Minden in the 20s and 30s. He named many of his childhood friends and the fun they had. He told of skating all over the city, building forts and fishing in Dorcheat Bayou. He said back then you felt like you knew everyone in town. After the tornado Dr. Wilkins moved to Shreveport with his father. He later would become a member of what we call “the greatest generation”. Billy Wilkins went to war during WWII and his stories of the war were as emotional as his stories of his mother. Dr. Wilkins was one of the many veterans that recently were honored in Washington D.C. with the Louisiana Honor Air group. Many rounds of applause were heard during the evening for what Wilkins and his generation have done for all o 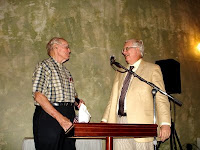 f America.
“This night was an emotional look back at Minden’s history”, Brown stated. “This kind of response is what we hoped for when we started this in 2008. We want to teach history in a fun and exciting way and I think we are doing that. We are also capturing these history lessons on DVD. These are a valuable tool for learning, as well as fundraising. The events have included a wide range of subjects from the Civil War, WWII, the 1940’s and 50’s recreation at Hunter’s Playhouse, Black American history and each is available for $10 each or the e 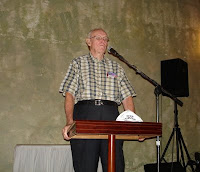 ntire 2008 series for $75.”The museum has an exciting list of speakers lined up for its history filled 2009 schedule. The events will be held at Christopher’s, located at 615 Main Street, in Minden on the 2nd Monday of the month. Doors open around 5:30, refreshments are served at 6:00 p.m, and speakers begin their programs at 6:30. No admission is charged for the events, but donations to the museum are welcomed. It is recommended that you bring a lawn chair due to the large crowds. Seating goes quickly. For more information on the museum you can visit the web site at http://www.museuminminden.blogspot.com/ or call Schelley Brown at 318-423-0192. 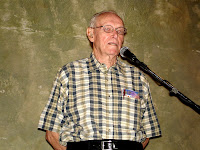 Posted by Schelley Brown Francis at 8:01 AM 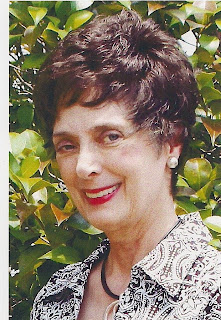 “Claiborne and Webster Parish… Once We Were One” will be the September theme for Dorcheat Historical Association’s “Night For The Museum”
The Dorcheat Historical Association Museum, Inc. announces the 9th “Night for the Museum” of 2009. The monthly events have been a huge success with very interesting speakers.
Monday, September 14th, 2009, Beverly Smith will be the ninth guest speaker for the 2009 season. Ms. Smith will be speaking on the history of our two parishes and the close ties that bind us. This is certain to be an evening you don’t want to miss!
Beverly Smith has an abiding interest in the history of Claiborne Parish and North Louisiana. Considered by many to be the "Claiborne Parish historian," she has served three terms as president of the North Louisiana Historical Association and three 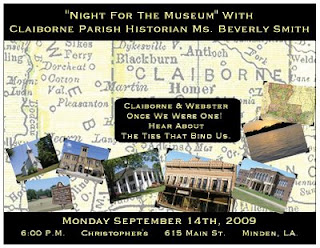 terms as president of The Herbert S. Ford Memorial Museum in Homer.
Ms. Smith is a native of Homer and a graduate of Homer High School and Louisiana State University. A lifelong learner, she recently completed the Master of Liberal Arts program at LSU in Shreveport where she was honored by being inducted into the Omicron Delta Kappa leadership fraternity. Beverly Smith resides in Homer.
The tenth and final speaker in the 2009 series will be the presentation of Cotton Valley history by Mr. Lonnie Simpson. Mr. Simpson will be speaking on October 12th, 2009. The museum already has an exciting list of speakers lined up for its history filled 2010 schedule. Each event has been recorded and made into a DVD. These DVDs are a part of the fundraising efforts of the always expanding and progressing new museum. If you have not be able to make it to these events you can purchase each yearly collection series for $75.00. With each complete set you will receive a special $20 Minden 1950s DVD as a gift to you. Speaker DVDs are also sold separately for $10 each.
The events will be held at Christopher’s located at 615 Main Street in Minden, on the 2nd Monday of the month. Doors open around 5:30 refreshments are served at 6:00 p.m. with speakers to begin at 6:30. No admission is charged for the events but donations to the museum are welcomed. If you would like to help with refreshments by bringing cake, cookies, or sandwiches please do so. It is recommended that you bring a lawn chair due to the large crowds. Seating goes quickly. For more information on the museum you can visit the web site at http://www.museuminminden.blogspot.com/ or call Schelley Brown at 318-423-0192.
Posted by Schelley Brown Francis at 1:28 PM