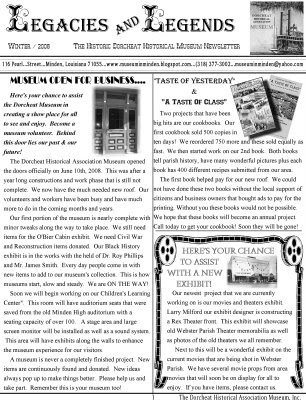 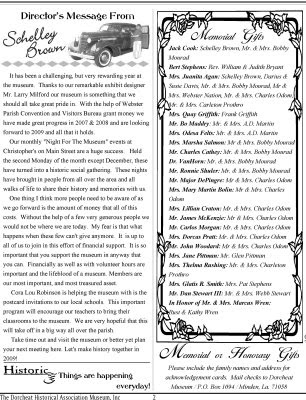 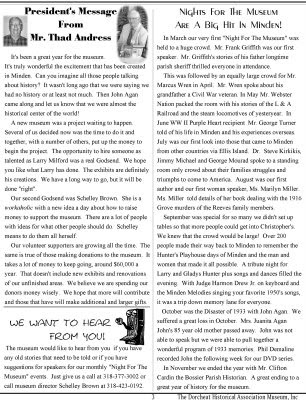 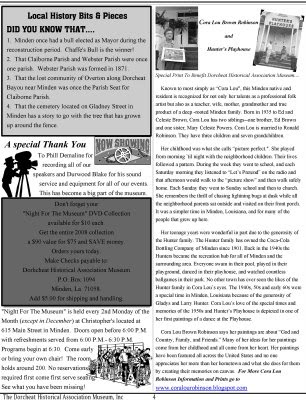 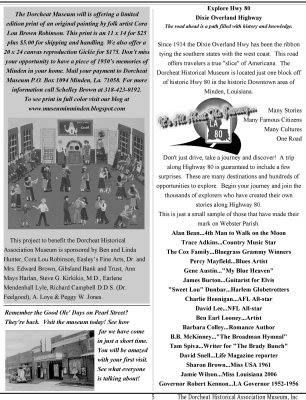 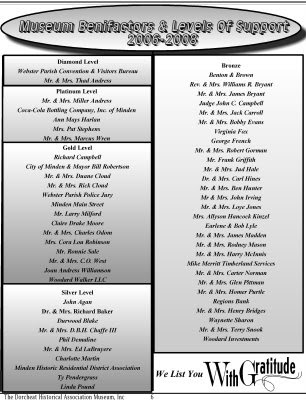 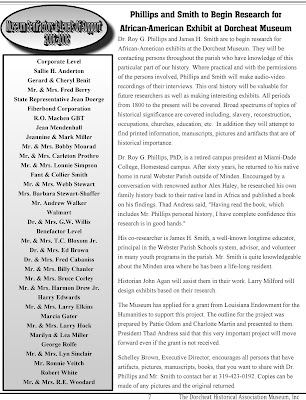 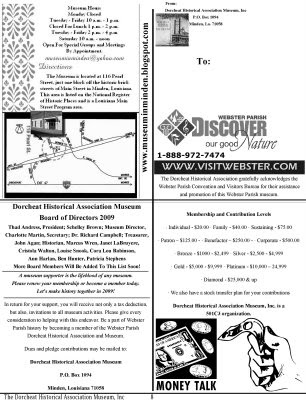 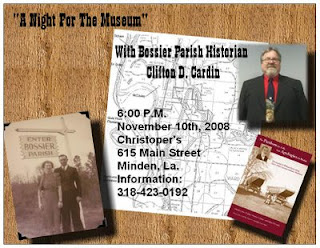 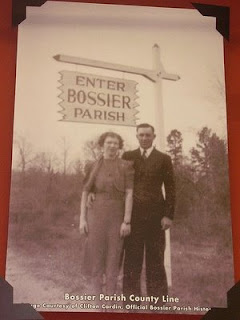 1984-1996. Since retirement he now owns Nike-Hercules "Cold War" Missile Base in Bellevue. He gladly answers all questions in regards to his knowledge of our parish history.
He is an accomplished author of five books on Bossier Parish history. He is currently working on several other history related books.
1. Bossier Parish History 1843-1993 the first 150 years.

2. Proud to be in Bossier for Willis Knighton-Bossier's grand opening. 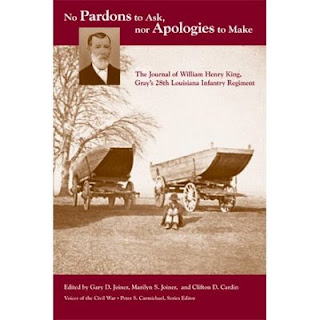 5. No Pardons to Ask, Nor Apologies to Make… Aka William King Civil War diary
The topic of Mr. Cardin’s talk will be about how Bossier parish was formed from Claiborne Parish. Until 1871, Bossier Parish included what are now Webster and Red River parishes. Its boundaries were originally Loggy Bayou to Lake Bistineau to Bayou Dorcheat to the Arkansas-Louisiana state line to the Red River back to the mouth of Loggy Bayou.
The monthly event will again be held at Christopher’s located at 615 Main Street in Minden, Louisiana. Refreshments will be provided by Dorcheat Museum and sponsored by Ty Pendergrass of Argent Financial. Refreshments will be served at 6:00 P.M. and an opening welcome from Mr. Thad Andress; President of the Dorcheat Historical Association & Museum, Inc. and introduction by Webster Parish historian; John Agan. Program will begin at 6:30 with a special gift basket to be given away to a lucky attendee at the end of the evening! A two night stay with a value of $378 at the McKay House in Jefferson will also be raffled off at the end of the evening. A special tour of the Dorcheat Historical Museum located at 116 Pearl Street will follow these two drawings. “These events are growing in attendance every month. The Dorcheat Historical Association Museum is proud to be able to offer the citizens of Webster Parish a glimpse into the past. We will not be having an event in December so this will be our last event for 2008. We have a great lineup of speakers already booking for our 2009 events which will begin in January. 2009 is going to be filled with exciting museum events.” stated Ms. Brown. For more information on “A Night for the Museum with Mr. Clifton D. Cardin” please contact Schelley Brown at 318-423-0192 or visit http://www.museuminminden.blogspot.com/ Reservations not required first come first serve seating. 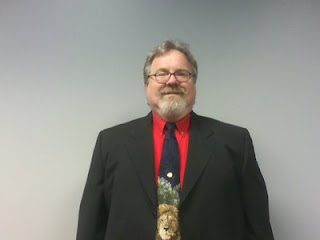 Posted by Schelley Brown Francis at 4:50 AM 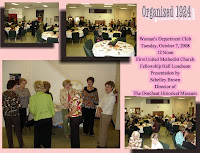 Tuesday October 7, 2008 Dorcheat Museum director, Schelley Brown spoke to over 100 women for the quarterly meeting of the Women’s Department Club. The well attended luncheon was held at 12 noon in the Fellowship Hall of First United Methodist Church in Minden.
The Women’s Department Club of Minden has been an honored tradition for women since 1924 with the first president being Mrs. S.W. Brown. This group of women has formed an organization long steeped in tradition and good works. As was evident by the attendance, this group is dedicated to their causes and mission.
A wonderful lunch provided by B Rose Catering was enjoyed by everyone. The Pledge of Allegiance followed by an opening prayer by Carolyn Raley got the program started. Mrs. Glenda Toms current president of the organization introduced the guest speaker.
The subject for this meeting was historic preservation. What better woman to speak than Ms. Brown. Brown currently is the director of the Dorcheat Historical Association Museum, current president of the Minden Historic Residential District Association and board member of the Minden Cemetery Association. Her love of preservation in all respects was evident by her passion in her speech. Brown opened with a comment about herself that she has said really is what she is all about. “It has been said that if it is old, rusty, paint peeling off, will not crank, or buried I probably have something to do with it!”
Brown emphasized how important the telling of family history from generation to generation is. She stressed the importance of writing down or recording your memories and your grandparent’s memories for the future generations of families. “Everyone knows how important the knowledge of medical history from generation to generation is but the other history and stories are just as important. If we don’t remember our history chances are we will make some of the same horrific mistakes that have taken place in the past.” One shocking detail of this was evident to the ladies, as Ms. Brown told about speaking to a high school group where several in the class had no idea what the Holocaust was!
The goals of the Dorcheat Historical Museum, the Minden Cemetery and the Minden Residential District Association were told to the crowd, with a request for support and volunteers from the members of the Department Club. Many signed up for the upcoming “Taste of Class” cookbook that will be on sale within the next few weeks. An invitation to come to the museum following the luncheon was extended to the group with several making the tour of the museum their next stop for the day. For more information on the Dorcheat Historical Association Museum you can contact Schelley Brown at 318-423-0192 or visit the museum web site at www.museuminminden.blogspot.com
Posted by Schelley Brown Francis at 9:20 AM