A Night Of Family History 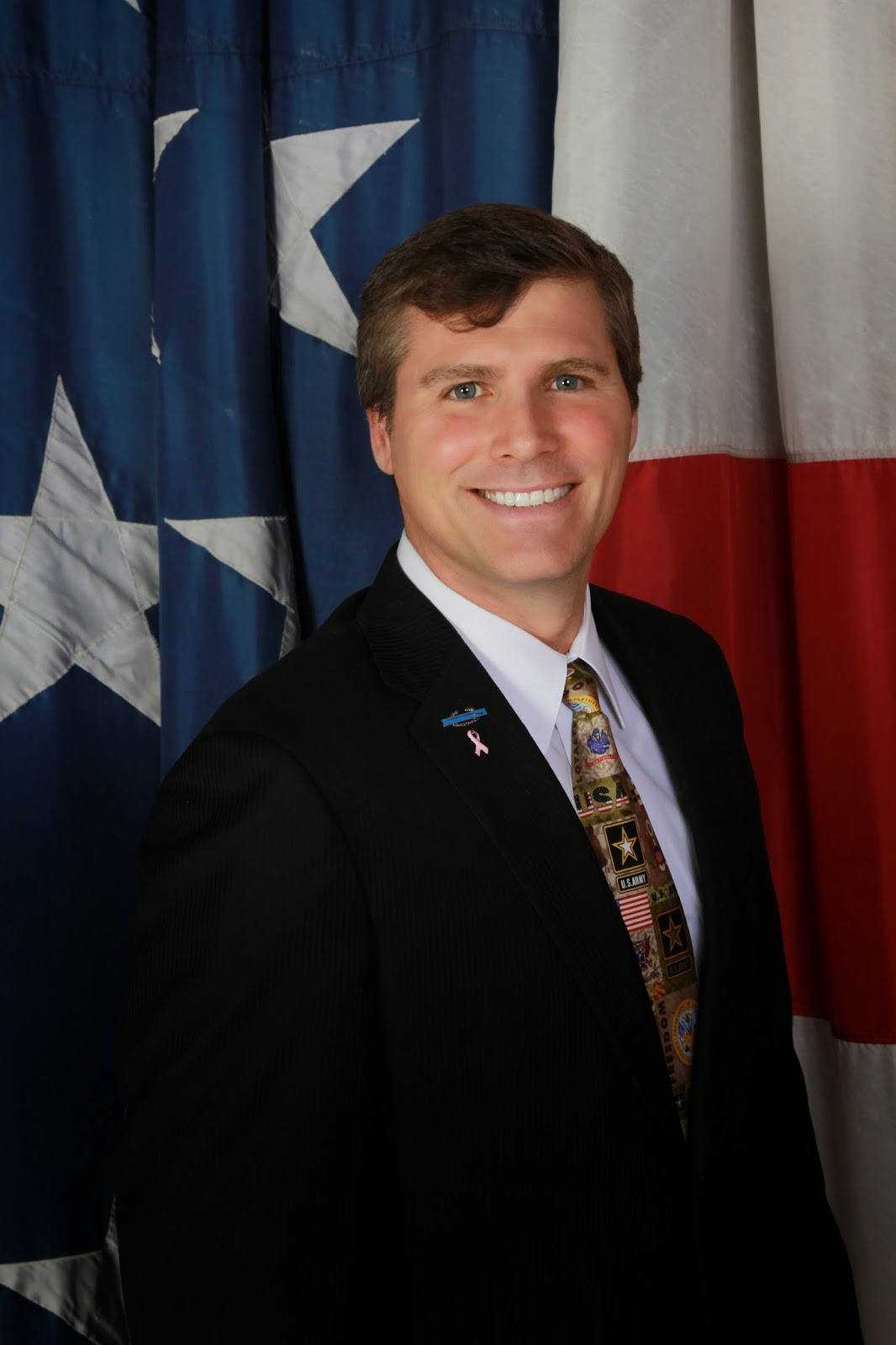 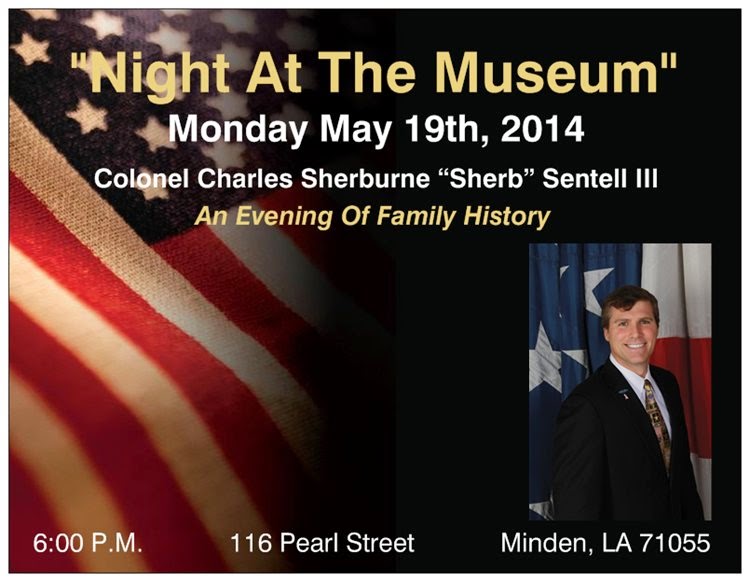 The 43rd “Night at the Museum” will take place Monday May 19th, 2014.  This event will feature Colonel Charles Sherburne “Sherb” Sentell III.  Sentell’s family has roots that date back over 100 years in Webster Parish.

Sentell was born in July 1966 in Minden, LA.  He received his commission in Infantry through ROTC and graduated as the Distinguished Military Graduate from Davidson College in North Carolina where he earned a Bachelor of Arts degree in Political Science in 1989.  Sentell graduated on the Commandant’s List from the Infantry Officer Basic Course and then completed Ranger School and the Pathfinder course at Fort Benning, GA.  He served three years on active duty with the 82d Airborne Division at Fort Bragg, NC and was an Infantry Platoon Leader during Operations Desert Shield and Desert Storm, where he earned his first Bronze Star Medal.

Leaving active duty in 1992, he attended law school at Louisiana State University in Baton Rouge, LA.  While in law school, he wrote an article that was published in the Louisiana Law Review and won the Flory Moot Trial oral argument competition.  Sentell received his Juris Doctorate degree in 1995 graduating 5th in his class.  In 1997 while serving as a law clerk for a Federal Judge, Sentell reentered the active Army Reserve by joining the 4013th Garrison Support Unit (GSU) in Bossier City, LA.  He then attended the Transportation Officer Advanced Course at Fort Eustis, VA where he was the Distinguished Graduate of his class.  Sentell was a Company Commander while serving with the 4013th GSU.  In 1999, the Chief of Staff of the Army presented Sentell with the General Douglas MacArthur Leadership Award at the Pentagon after he successfully took command of an active duty company at Ft. Polk, LA.

Sentell then went to the 8th Battalion (TC), 95th DIV in Shreveport, LA where he served first as the Battalion S3 before assuming command as the Battalion Commander.  After command, Sentell was selected to lead and mobilize another unit as commander of the 519th TC DET from Camp Pendleton, CA.  Sentell earned his second Bronze Star during a one-year deployment to Iraq in 2004-2005 with the 519th TC DET as part of Operation Iraqi Freedom.  Upon his return, he served as Executive Officer for the 2d Battalion, 379th REGT, 95th DIV in Arkadelphia, AR.  He was then selected as the Brigade S3 Operations Officer for the 7th BDE, 95th DIV in Little Rock, AR.  From April 2009 until July 2012, he was the Battalion Commander of the 2203rd Mobilization Support Battalion in Bossier City, LA.  In 2013, Sentell received a Master’s Degree from the United States Army War College, where he was a resident student and member of the Army War College Eisenhower Program.  He is currently assigned to United States Central Command at MacDill AFB, FL as a joint logistics planning officer.

COL Sentell is employed as a Prosecutor for the State of Louisiana and maintains a private law practice with his father at the Sentell Law Firm, LLC.  He stays actively involved in his community, is a past President of the Chamber of Commerce, and currently serves on the Board of Directors of Minden Medical Center, the Minden Lion’s Club, and Citizens National Bank.  Sentell has been inducted into the LSU Law School Hall of Fame.

Don't miss your chance to hear about some of our area history. The museum events will be held in the Media/Learning room at the Dorcheat Historical Association Museum, 116 Pearl Street, Minden, La.  Museum doors will open at 5:30 p.m., with first-come, first-serve seating.  Program begins at 6:00 p.m., admission is free with potluck desserts and snacks welcome.
For more information contact Schelley Brown Francis at 318-377-3002 or visit www.museuminminden.blogspot.com to sign up for the museum email blast. You can also find the museum on Facebook. To learn more about Webster Parish's rich history visit the Dorcheat Historical Association Museum located at 116 Pearl Street in Minden. Museum hours; closed on Monday, Tuesday-Friday 10 a.m. - 4 p.m. (closed from 1-2 for lunch), Saturday CLOSED. The museum admission is free. Also open for special tours and rental by appointment.

Posted by Schelley Brown Francis at 8:14 AM