Due to Covid-19 all museum speaker events and gala will be canceled for 2020. Our patrons are important to us. We feel that the museum meeting room is not large enough to safely social distance. 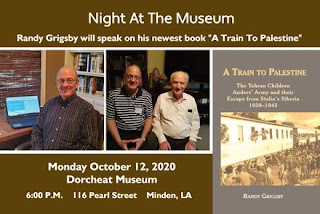 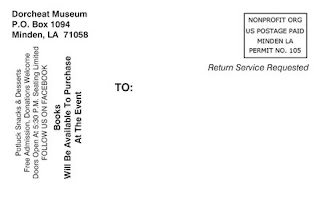 Don’t miss the 70th Speaker for the Dorcheat Museum.  Book signing and talk on the book “A Train To Palestine”  by Minden native Randy Grigsby. 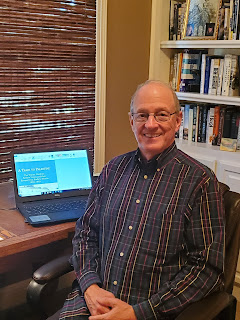 Randy was born in Minden, Louisiana and graduated from Minden High School in 1969. After working in several jobs, including the oilfield, he enrolled in Louisiana Tech, graduating in 1978 with degrees in Journalism and History. He moved to Shreveport in the spring of 1978 and worked on the wire desk of the Shreveport Times. In November 1978, Randy began a sales career which spanned 35 years--including copiers and computer sales, and the last 25 years in the medical equipment industry. After retiring from General Electric Healthcare in June 2011, he pursued his desire to write. 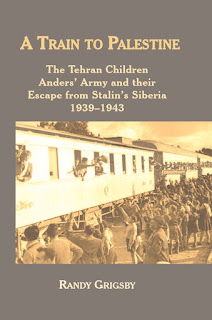 However, in 2014, he found his true purpose in writing while in Israel with his wife. One night before the tour group was to visit the Yad Vashem (the Holocaust museum), he had a dream about the Tehran Children, which is the theme of his book, A Train to Palestine, which he worked on for over three years, is his first non-fiction book. The book is published by Vallentine Mitchell, a London publishing company who was the first to publish Anne Frank's Diary in English in the late 1950s.
He is married to his wife Joyce who is from Shreveport, and she also possesses a love for God and the land of Israel; a stepdaughter, Natalie and son-in-law Neal, and three grandchildren. Randy and Joyce like to travel to the mountains during their downtime.
Randy is presently working on his second book, which is also about the Holocaust. So the museum hopes to have him back once that project is completed.

A Train to Palestine: The Tehran Children, Anders’ Army and their Escape from Stalin’s Siberia, 1939-1943

In October 1938, eight-year-old Josef Rosenbaum, his mother, and younger sister, set out from Germany on a cruel odyssey fleeing into Eastern Europe along with thousands of other refugees. 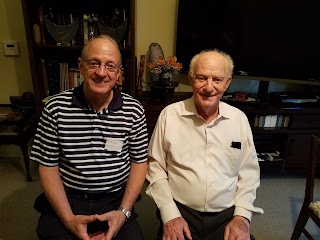 Sent to Siberian slave labor camps in the wildernesses, they suffered brutal cold, famine, and disease and hundreds perished, including Joe’s mother and sister. When Germany invaded Russia, many refugees were forced out of Siberia to primitive tent camps in Uzbekistan, accompanied by the Polish army-in-exile previously imprisoned by the Soviets.
Within weeks, the commander of the army, General Wladyslaw Anders, received orders to relocate his army to Iran to train to fight alongside the British in North Africa. Instructed to leave without the civilians, Anders, instead, ordered all evacuees, including Jews, to head southward with his troops. Joe and the refugees were again loaded on trains, accompanied by the Polish soldiers, and sent to the port of Pahlavi on the Caspian Sea. Then, transported by trucks over treacherous mountain roads, they finally arrived in Tehran where they struggled to survive in horrifying conditions.
In October 1942, the Jewish Agency in Jerusalem accepted responsibility for the nine hundred orphaned Jewish children in the camp and by January 1943, the agency secured travel certificates for the Tehran Children to evacuate to Palestine. Joe and the other children, after five terrible years, finally reached safety at the Athlit Detention Camp, north of Haifa, on 18 February 1943.
Readers will find the story is one of the swift brutalities of war, and the suffering of civilians swept up in the maelstrom of fierce conflict. It is also a testament to courage and the human spirit to survive. Drawing from eyewitness accounts, A Train to Palestine recreates a remarkable, and little-known story of escape and survival during the Second World War.
Don’t miss your chance to hear an amazing story.  The museum events are held in the Media/Learning room at the Dorcheat Historical Association Museum, 116 Pearl Street, Minden, La.  Museum doors will open at 5:30 p.m., with first-come, first-serve seating.  Program begins at 6:00 p.m., admission is free with potluck desserts and snacks welcome.

For more information contact Schelley Brown Francis at 318-377-3002 or visit www.museuminminden.blogspot.com to sign up for the museum email blast. You can also find the museum on Facebook. To learn more about Webster Parish’s rich history visit the Dorcheat Historical Association Museum located at 116 Pearl Street in Minden. Museum hours; Tuesday-Friday 10 a.m. – 4 p.m. (closed from 1-2 for lunch). Open by appointment only on other days. The museum admission is free. Also open for special tours and rental by appointment.